If you’ve clicked on this page, you’re probably wondering what in the world this ‘Thermomix’ thing is that I use in my recipes! I know, all this talk of Varoma temperature, butterfly, reverse/speed soft and steamer baskets sounds like another language, right? Well here’s a quick overview!

A Thermomix is an all-in-one kitchen appliance designed in Germany and sold all over the world. It’s been around since the 70’s, and I’ve had one since 2004, and use it every day. It takes the place of most of the appliances in your kitchen – mixer, blender, food processor, steamer, rice cooker, grain grinder, coffee grinder, nut and seed mill, milk frother, bread maker, yoghurt maker, ice shaver, pate maker (yes, apparently that’s a thing!) and more. It’s like having an extra pair of hands (or three) in the kitchen! I wouldn’t be without mine.

For a list of the main ways I use my Thermomix, read my story here. But the best thing you can do if you’ve never seen one is to have a home demo or go to a Thermomix cooking class, and actually see it in action, because it’s notoriously hard to explain! You can contact Thermomix in Australia to ask about demos and classes in your area. There’s also lots of videos on YouTube of the Thermomix in action.

If you’re wondering, no, I don’t make money for mentioning the Thermomix – I just use it because I love it. I was a consultant for Thermomix for 5 1/2 years and loved my job, but moved on to focus on Quirky Cooking a few years ago. 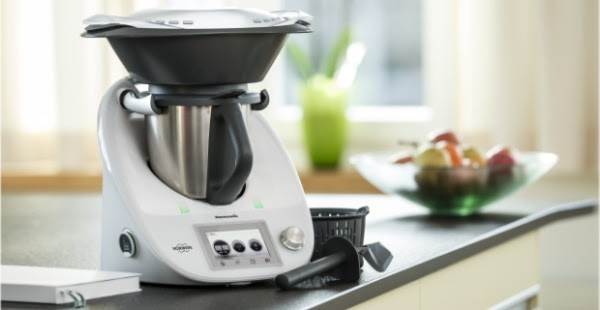